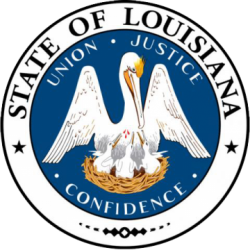 Governor John Bel Edwards announced plans to begin solving two years of critical budget shortfalls. Governor Edwards is working collaboratively with leaders across the state to tackle the problems resulting from eight years of unsound budgeting practices, coupled with lower-than-expected state corporate income tax collections over the past year and, to a lesser extent, the impact of a sharp drop in oil prices.

“This is not the budget plan I want to bring in my second week in office, but these problems are bigger than our state has ever seen,” Governor Edwards said. “The challenge before us is one we must address collaboratively and comprehensively in order for our state to prosper again. The sharp drop in oil prices, while significant, only contributes to a fraction of the problem our state faces. What I offer is a responsible plan to stabilize our state’s budget shortfall and minimize severe cuts in the next three months that would deeply hurt our citizens, hospitals, public schools and universities.”

In February, Gov. Edwards will call the legislature into a three week special session to address the crisis in Louisiana’s budgets for Fiscal Years (FY) 2016 and 2017. This administration has inherited an estimated $750 million shortfall in the current fiscal year and a shortfall of up to $1.9 billion in FY 2017.

Since elected, Governor Edwards has been working to evaluate the State of Louisiana’s budget, while seeking solutions to address the structural budget challenges. Over the last three days, following the release of the Fiscal Transition Committee’s report, Gov. Edwards met with the Commissioner of Administration, the Secretary of the Department of Revenue, newly-appointed Cabinet members, House and Senate lawmakers and statewide elected officials to review various options presented to move the state forward.

For the short-term, the Governor provided a list of revenue options identified to cover the $750 million budget hole left in the last six months of this year. A majority of proposals for the current fiscal year are made up of non-revenue raising measures. This follows on the heels of a previously-identified $487 million budget gap patched in December 2015. The options for the current fiscal year include:

• Redirecting non-coastal dollars from the first year of BP oil spill payments to the state; and

• Cutting at least 10 percent from $1.6 billion in discretionary state funds that are dedicated to certain uses in statute, but not constitutionally protected.

“Raising taxes is not my first, second, or even third option when seeking to fill the state’s budget shortfall,” Governor Edwards continued. “We will begin with painful, across-the-board cuts to a wide range of discretionary state funds. Unfortunately, those cuts will not be enough to bridge the enormous shortfall we face today and in the next fiscal year. We must enter a season of shared sacrifice – enormous sacrifice -to fix the systemic budget problems in Louisiana. If we do this hard work together, Louisiana will emerge stronger over the long-term.”

In addition to spending cuts and the use of other non-revenue raising measures, which make up a majority of the short-term plans, Gov. Edwards’ plan includes a bridge to future long-term structural budget improvements. This bridge would add one additional cent of state sales tax to the existing four-cent state sales tax, excluding the purchase of groceries, prescription drugs and residential utilities. The proposed measure would raise $216 million before June 30, 2016.

Addressing the $1.9 billion dollar budget shortfall predicted for next budget year, Gov. Edwards is offering a menu of options to legislators, including many that would provide long-term structural fixes for the way Louisiana funds state government. While the drop in oil prices contributes to the overall budget problem, a majority of the shortfall comes from previous excessive use of one-time money and lower-than-expected revenues. These long-term options include a linked package of:

• Changes to the income tax brackets in Louisiana;

• Cuts in the percentage of federal excess itemized deductions Louisiana taxpayers can deduct on their state tax returns; and

• A proposed constitutional amendment to eliminate the deduction for federal income taxes paid in exchange for lowering individual and corporate tax rates.

In addition, Gov. Edwards has directed each member of his cabinet to submit proposals for budget reductions based on a minimum 10 percent reduction, as well as a budget that would reflect the current financial conditions without additional revenue.

Other long-term proposals, some of which would provide additional assistance in solving this year’s budget shortfall, include: raising the tobacco tax to $1.08 per pack of cigarettes, raising other excise taxes, reducing tax credits, and other proposed changes to the way corporations and businesses are taxed.

“It is now more important than ever for our state’s leaders, citizens, and stakeholders to come together to solve this problem. The last eight years of bad budgeting and annual cuts to vital services have left us in a fragile position. There is no sugar coating that fact,” Gov. Edwards said. “We must fix this or continue catastrophic cuts that would result in our hospitals closing, universities and community colleges filing for bankruptcy, the erosion of the TOPS scholarship program and severe reductions to our public K-12 schools. We can do better for our working families, students and businesses than we have in the past. My administration welcomes all constructive engagement in this process. Together we will meet this challenge, stabilize our budget, and build a solid foundation for our state’s future.”

A detailed list of the Governor’s proposed plan is available by clicking here.